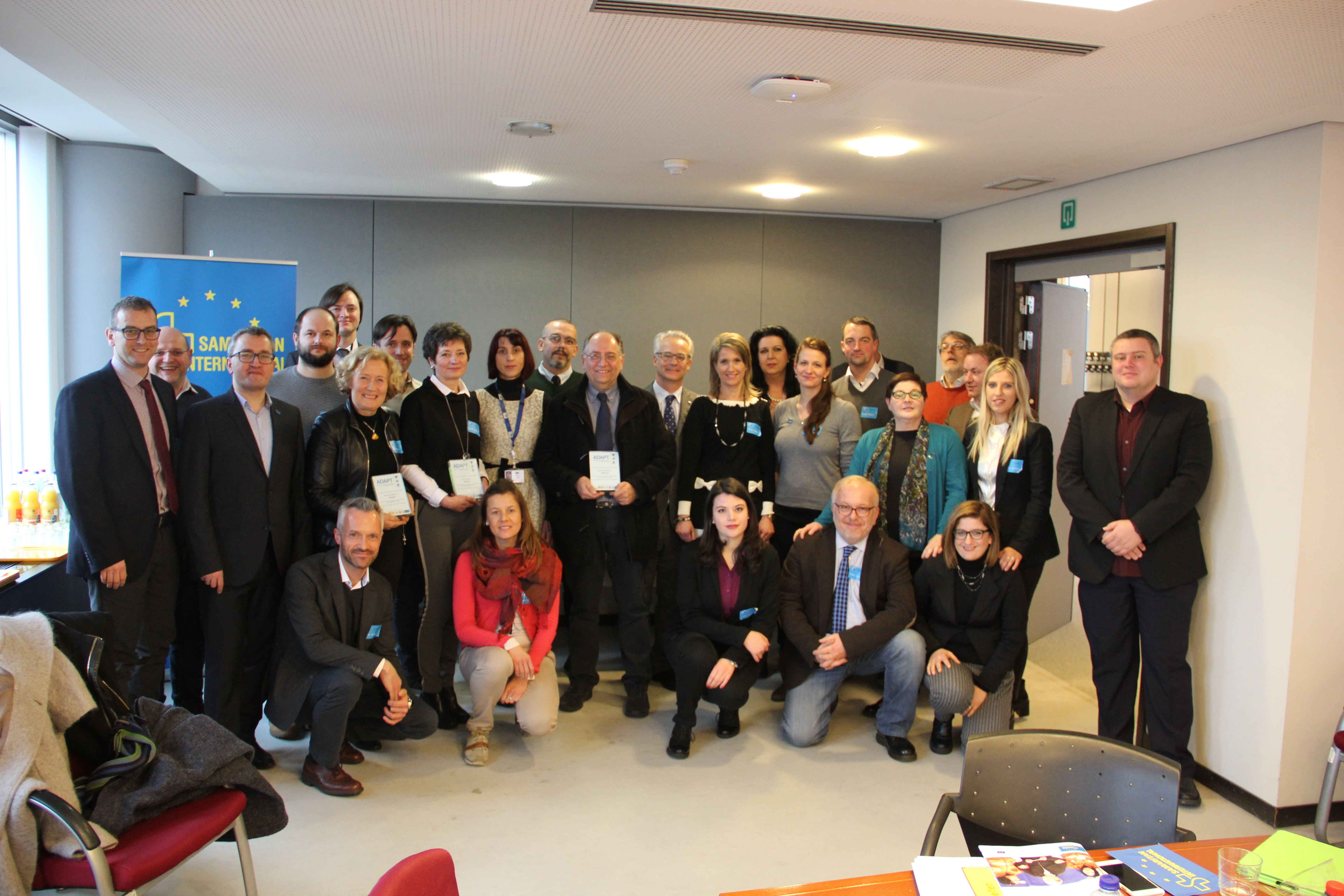 On 7 February, the consortium of ADAPT came together in Brussels for their final international event.

The overall results of the projects were presented, including the ADAPT-DB software, which helps to make relevant data about people with special needs in emergency evacations usable for rescue workers. However, the main focus of the event was the community-based management approach, which the local stakeholders from the implementing communities developed from their experiences on the local level. The official guideline document on community-based management of data based disaster prevention for vulnerable groups was introduced at the event and is since available on the project website.

Representatives of the municipalities that supported the project were also present and, together with the national project coordinators, reported about the implementation on their local level and how it improves their local disaster resilience for vulnerable groups.

Ms Biljana Zuber, from the European Commission’s DG ECHO, was a guest speaker at the event and informed the consortium about the upcoming call for prevention and preparedness projects that may be an option for follow-ups to ADAPT.

The project will remain active in the implementing communities beyond the project timeframe, which officially ends at the end of February. Data collection will continue and in some place, public stakeholders have committed to delivering additional data in the near future.

The guideline document can be found in the Documents section.